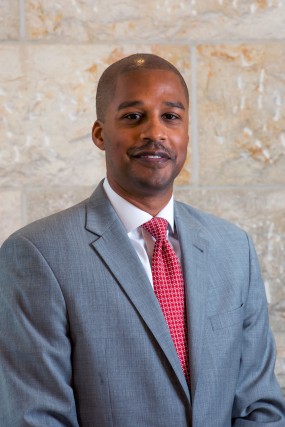 “I was truly humbled by the award,” Nassy said. “Honestly, winning the award definitely came as surprise. It’s nice to know that hard work and dedication makes a difference and an impact.”

Nassy, of Waldorf, Maryland, joined FVCbank four years ago. Nassy overcame several obstacles on his road to career success. He began his banking career as a teller at Chemical Bank in New York City at the age of 21 while attending community college. His preferred school of choice, St. John’s University’s Peter J. Tobin College of Business in New York City, had repeatedly rejected his request for admission. After the last time on his last year of eligibility, he wrote St. John’s a letter in response to their rejection that so impressed university officials they rescinded their rejection and offered him admission. He graduated in 2000 with a bachelor’s degree in management and he continued to work his way up the corporate ladder.

Nassy and his family had immigrated to the United States from Georgetown, Guyana, in the late 1980s. The son of immigrants, Nassy said his father knew he wanted to be a banker before he did. “If you asked my dad, he would tell you he knew, even when I was a small child, my life would lead to banking because I would always want to be the banker when we played Monopoly,” he said.

His favorite part of working at FVCbank is “it’s very entrepreneurial.”  “We listen to our clients and understand their needs to help their businesses grow,” he said.

“We are very proud of Mike for receiving this honor,” said David Pijor, chairman, president and CEO. “With a focus on relationship banking and the community, our bank’s greatest asset is our talented people and Mike is one of the best.”

As Chief Credit Officer and Executive Vice President, Nassy holds the responsibility for ensuring the safety and soundness of the entire Bank’s loan portfolio. Nassy ensures that the Bank’s rapid growth in loans meets and exceeds regulatory policy and examiner’s expectations for safety and soundness. As a result, FVCbank’s loan portfolio has doubled during his tenure from $272 million to over $600 million in less than three years.

Aligned with FVCbank’s commitment to support the community, Nassy serves on the board of directors at N Street Village, a group that supports homeless women in Washington, D.C. He also volunteers as a workshop facilitator for Inroads, an organization that develops and places talented underserved youth in business and industry. Finally, he serves on the Department of Finance Advisory Board for Howard University.

The Minority Business Leader honorees will celebrate their inductions with past honorees, family, friends and colleagues on Thursday, Feb. 25, at The Ritz-Carlton in Washington, D.C.