Operating Out of the DC Metro Area
703.436.4740
You are here: Home / Press Releases / FVCbank’s Jim Elliott Honored By Virginia Association Of Community Banks 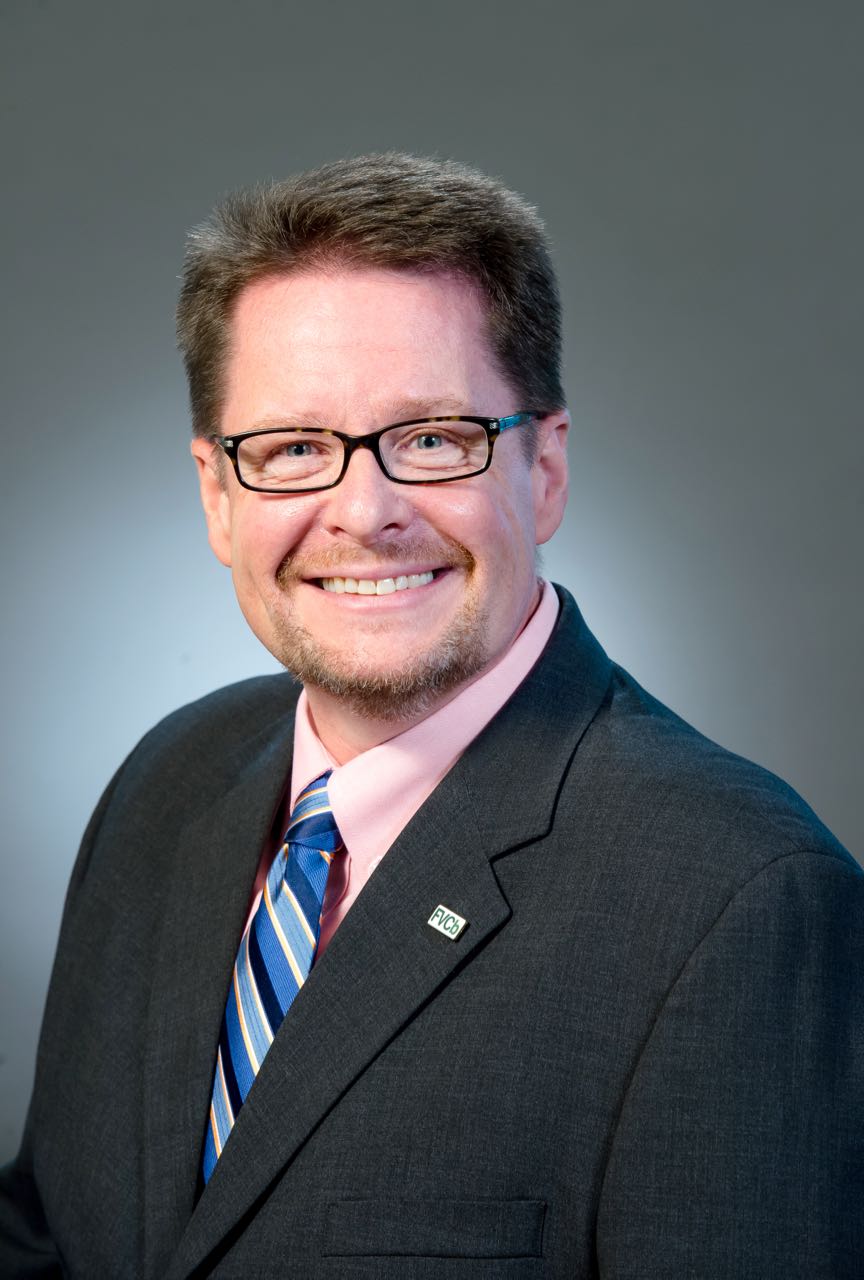 (Fairfax, Virginia) Jim Elliott, senior vice president and regional lending executive at FVCbank in Fairfax, Virginia, has received statewide recognition from the Virginia Association of Community Banks (VACB), which named him a finalist in its first annual Community Banker of the Year celebration.

The award recognizes bankers for their community involvement and volunteerism, as well as leadership by example within the bank. Nominees were also evaluated based on their community bank advocacy and their contributions to the vitality of their bank.

Elliott was recognized and introduced from the podium at the Chairman’s Banquet during VACB’s 39th annual convention earlier this month.

The finalists and the winner will also be recognized in the upcoming edition of Community Banker, VACB’s quarterly magazine, and will be featured next month in an article on the VACB website, www.vacb.org.

Five finalists were selected from a group of statewide nominees before the winner was chosen. Elliott was the only finalist in the Northern Virginia region.

“It’s our privilege to recognize just a few of the many community bankers, like Jim, that are doing great work in their communities, and on the job as well,” said Steve Yeakel, VACB president and CEO. In addition to his many contributions to the success of FVCbank, Elliott has also invested his time and effort with a considerable list of local organizations, helping to improve the lives of the citizens and families in the area.

A panel of judges, independent of bankers on the VACB board, was created to review nominations and select the winners.

VACB Chairman Mike Ewing explained the impetus for creating the awards. “As we completed our work on the VACB Strategic Plan developed last year, one outcome was a commitment to do more to identify and celebrate the people who make community banking what it is – an invaluable element of the fabric of the communities they serve. We heard story after story of people going above and beyond the call, to help, to educate, to guide, to comfort their fellow citizens, to make life better, for a single customer or a whole community. So the board decided to create two awards – one for a veteran community banker, and another for a younger banker – a ‘rising star.’”

“We’re pleased for Jim, his family and his team at FVCbank, that his colleagues across the commonwealth are able to express our appreciation for him in this way,” said Ewing.